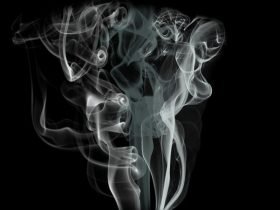 Global cloud computing Salesforce is offering $1 million in prizes for a Hackathon to kick off its new Dreamforce event next week. The Hackathon, that starts on Friday and continues on through the weekend, offers prizes in three separate categories for mobile app development. First place teams will be awarded $100,000, with the top team in each category competing for an ultimate $150,000 grand prize.

Dreamforce 2014 will focus on how mobile technologies, cloud-based computing, and social connectivity are set to develop over the future and how companies are leveraging these new technologies to forge new and better connections with their customers.

Salesforce has been holding Dreamforce events for 12 years straight; the convention is considered one of the largest global software events every year. Out of the 135,000 expected Dreamforce attendees a full 25,000 of them are likely to be developers competing in the Hackathon.

Salesforce chief executive officer and chairman Marc Benioff says that Dreamforce 2014 will focus on how mobile technologies, cloud-based computing, and social connectivity are set to develop over the future and how companies are leveraging these new technologies to forge new and better connections with their customers. Benioff is only one of the many speakers gracing the Dreamforce stage this year, including musicians Neil Young and Will.I.Am, author and motivational speaker Anthony Robins, former VP Al Gore and former Secretary of State Hillary Clinton. Other presenters include industry giants such as Microsoft Windows marketing corporate VP Tony Prophet and Yelp chief executive Jeremy Stoppelman. Code.org co-founder and angel investor Hadi Partovi will also be in attendance.

A large number of the speakers are understood to draw attention to a wide variety of ways how technology is set to intersect with the business world in the future. Dreamforce’s Hackathon is encouraging mobile app development for wearable tech such as smart watches, and to that effect Will.I.Am will be unveiling one such new device as he gives his Dreamforce address.

Salesforce is also focusing on philanthropic efforts this year as well. The cloud computing company is using Dreamforce to drive visibility for charitable activity like encouraging individuals to pledge to volunteer to teach children computer programming, collecting enough meals to feed one million people, and a new initiative to aid veterans to re-join civilian life after mustering out of the military.