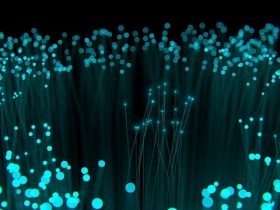 500 sea lions were found dead on the northern coast of Peru recently, prompting officials to launch a full-scale investigation into the massive mysterious die-off on Sunday.

The Peruvian environmental police launched their investigation after a local governor leveled accusations at fishermen of poisoning the sea lions.

Right now there’s precious little information that has been uncovered as to how or why the sea lions were killed. The only thing known at this point is that the bodies of the aquatic mammals were found in states of severe decomposition, indicating that several days or even weeks might have gone by between the event that led to their deaths and the discovery of the remains.

The Peruvian environmental police launched their investigation after a local governor leveled accusations at fishermen of poisoning the sea lions. The animals routinely come ashore to forage for food, though sea lions are also adept at catching prey in the water as well.

The bodies of both sea lion pups and adult sea lions were discovered in the Ancash region on Anoncillo beach, according to the Andina news agency of Peru. The carcasses were removed quickly as they were deemed to be a health hazard in such numbers, with authorities continuing their investigation throughout the cleanup process.

If poisoning is behind the massive die-off, this wouldn’t be the first time such an event occurred. News agency Andina reported last year that a group of around 50 dead sea lions were found to have been killed by poison, with the method traced back to fish laced with deadly pesticides that were provided to the animals. Meanwhile, another incident earlier in November saw the bodies of nearly 200 sea lions recovered alongside several sea turtles and dolphins; this previous incident is still under investigation, but similarities between the 2013 poisoning and both incidents this month have been drawn already, according to several anonymous sources.

Peru’s coastline has also been the scene of massive death tolls over the course of 2012, when around 900 dolphins and at least 5,000 birds were found washed up dead on the country’s shores, prompting environmental conservation groups to launch their own investigations into the matter independent of the Peruvian government.