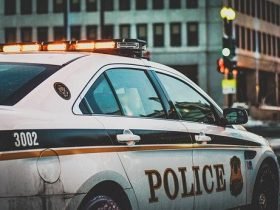 According to a new report, a new Arizona policy will soon ban smokers from working within the state. The Pima County Board is scheduled to vote on December 16 whether they will refuse hiring smokers. Aside from not hiring smokers, new proposal will also inflict a 30 percent surcharge on the health insurances of employees that are currently smoking or consuming various other tobacco products.

Discrimination is essentially making employment decisions based on a group to which someone belongs rather than their qualifications for the job.

Chuck Huckelberry, the Pima County Administrator said that the new policy will help the county to save $1 billion annually in savings from costs of health-care. Huckelberry added that there will probably be substantial savings if workers that smoke and use tobacco products will be slowly replaced with workers that are healthier.

As he quoted, “Our taxpayers pay for our health insurance because we are self-insured. Anything we can do to reduce the cost is beneficial.”

According to the health department of Pima, at least 32 percent of its 2,300 workers are smokers or users of tobacco products. The department claims that smokers cost the county $13.4 million every year.

If the new policy gets approved, it will requires new workers to bring in a note from a doctor or undergo a drug test in order to prove they have been nicotine or tobacco free for a year. For people who don’t smoke, they will get an additional $5 discount in health care for their premium of health care each paycheck. Huckelberry added that users of Ebola-cigarette are considered smokers so they need to be cleared too. The policy does not include people who use nicotine patches or gum.

In response to the new proposed policy, some groups said it is a form of discrimination.

Dr. Michael Siegel of Boston University said, “Discrimination is essentially making employment decisions based on a group to which someone belongs rather than their qualifications for the job.”

As for Allyn Bulzoni, Human resources director for Pima County, the new policy aims to make people healthier and not to penalize them for smoking.