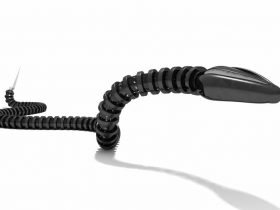 On Wednesday night the Australian skies will witness a blood red moon during a complete lunar eclipse. This is a rare case no doubt as this kind of astronomical event has occurred just a few times over the past 5 centuries. Blood moon is seen as a result of a complete lunar eclipse when the sun, moon and earth come straight into a line and sunlight, reaching the moon, is blocked by earth. The moon seems deep red because it gets a bit of light that comes after bending around Earth’s atmosphere and then reflecting onto the moon.

The eclipse has key aspects to be watched. It will begin with a shadow slowly creeping over the surface of the moon. The next hour will see most of the moon covered until it goes behind the Earth completely.

The reflected light is of reddish colour coming out of all the sunsets as well as sunrises of the Earth and then finally shinning on the moon.

Presently Australians are the most fortunate people as they are in the most fortunate geographic location where the blood moon will be witnessed. People living on the east coast are the luckiest as they will have the best views. They will be able to clearly watch the entire process of transformation of the moon throughout the eclipse.

In Australia’s western parts the eclipse will not be visible because the process will start before moonrise.

At 8:15 pm AEDT, the event is expected to begin while its visible effects will last for around three hours & 20 minutes. After that the moon will go red between 9:25 m and 10:25 pm AEDT.

Dr Alan Duffy is an astronomer at Swinburne University of Technology. He said that the eclipse has key aspects to be watched. It will begin with a shadow slowly creeping over the surface of the moon. The next hour will see most of the moon covered until it goes behind the Earth completely. The moon should be blacked-out at the moment but it will turn into blood red due to sunlight coming from sunrises and sunsets.

The blood moon is listed as second in a series of four. The first took place in April the present year.