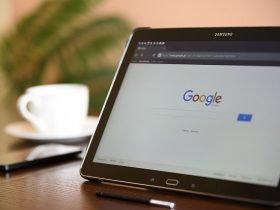 A new study shows that our brain has a weak spot for Alzheimer’s disease and schizophrenia. This brain spot could either develop late in adolescence or degenerates early during aging. The thing scientists said they cannot predict when it might happen or what triggers it.

The result of the study is helpful in bringing doctors closer to making better prediction of people who might be affected with schizophrenia and Alzheimer’s disease.

For the study, the Medical Research Council team studied the MRI scan of 484 healthy volunteers aged between eight and 85 years. The scientists analyzed how the brain naturally changes as people age.

Based on the analysis of the scientists, there is a common pattern on the particular part of the brain, when it develops late, it will age early as well and shows age related decline. According to scientists, the said brain region is a network of nerve cells that works on “high order” information coming from the different senses, such as sight and sound.

It was the same region of brain affected among patients with Alzheimer’s disease and schizophrenia according to their brain scans.

Aside from finding the brain’s weak spot, scientists are now thinking that the two conditions might be related or linked with one another.

According to Prof Hugh Perry of the MRC, “Early doctors called schizophrenia ‘premature dementia’ but until now we had no clear evidence that the same parts of the brain might be associated with two such different diseases. This large-scale and detailed study provides an important, and previously missing, link between development, ageing and disease processes in the brain.’

He added, “It raises important issues about possible genetic and environmental factors that may occur in early life and then have lifelong consequences. The more we can find out about these very difficult disorders, the closer we will come to helping sufferers and their families.”

Dr. Michael Bloomfield of University College London said that the result of the study is helpful in bringing doctors closer to making better prediction of people who might be affected with schizophrenia and Alzheimer’s disease.