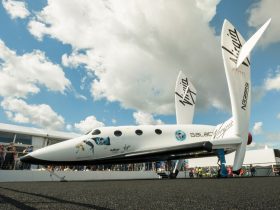 The world is full of bright minds, researchers and scientists who dedicate their lives to creating, developing and improving technological innovations. Although there are thousands of great inventions and fantastic ideas that people come up with annually, there are very few that reach the market and can be used by the general public.

A startup under the name of Dymaxia Inc. has come up with the idea of a specialised app that helps sensor the anxiety levels of children suffering from autism.

Some of the reasons include lack of knowledge, failure to present the product to potential investors or the inability to develop and make the creation user-friendly. Ontario Brain Institute has launched a special program, where scientists can send their ideas and about 15 of them are chosen to present their innovation before a peer group who will then decide upon the candidates who will receive an impressive investment amount to help them bring their products into the market.

This year there were 6 scientists who have successfully presented their ideas and gotten the funding, here are the most interesting 3 ideas that are geared to treating patients with brain conditions.

The first one, Ron Gonzalez, came up with an extraordinary idea of a wearable monitor that tracks the brain’s activity, especially epileptic seizures. Up to date, it has been extremely difficult and inconvenient for patients to receive such monitoring and this concept can prove to be a life-saving device for many people worldwide. This a cost that is a fraction of that of the professional equipment at hospitals, the monitor is a much anticipated device.

A startup under the name of Dymaxia Inc. has come up with the idea of a specialised app that helps sensor the anxiety levels of children suffering from autism. This app sensors the body’s signs of anxiety and sends the data to a designated device.

An innovation that addresses patients with brain disorders, such as tumors, Parkinson’s disease, epilepsy and even depression; was created by Salam Gabran, who came up with the idea that by implanting medical electrodes into the brain, it gives us the opportunity to research and monitor the brain’s activity at all times. Although this device has a long way to go, research on animals has shown to be successful.