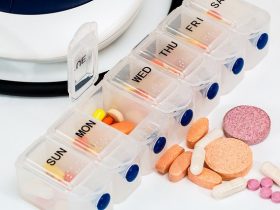 Researchers have recently found a way of turning stems cells into the killers of the brain cancer. Scientists from Harvard Medical School conducted experiments on mice. The stem cells were engineered genetically to produce toxins that kill brain cancer cells. These toxins didn’t produce harm to normal cells or themselves.

Cancer-killing toxins have been used with great success in a variety of blood cancers, but they don’t work as well in solid tumours because the cancers aren’t as accessible and the toxins have a short half-life.

Researchers are affirmative to test this method in humans in near future.

Researchers have been finding a way for many years which would kill tumor only without influencing the health of normal cells.

In this procedure, researchers used genetic engineering to make stem cells which secreted toxins that have the potency to kill cancer cells. These cells targeted tumor cells exclusively and didn’t harm any other cells.

During the animal testing, the gel was used to coat the stem cells and then placed at the brain tumor site after it had been removed. These tumor cells weren’t able to resist the toxins and died.

Lead author of the study Dr Khalid Shah said results were very positive. He is providing his services as a director of the molecular neurotherapy and imaging lab at Massachusetts General Hospital and Harvard Medical School.

“After doing all of the molecular analysis and imaging to track the inhibition of protein synthesis within brain tumours, we do see the toxins kill the cancer cells.”

He further added, “Cancer-killing toxins have been used with great success in a variety of blood cancers, but they don’t work as well in solid tumours because the cancers aren’t as accessible and the toxins have a short half-life.”

Scientists from Massachusetts General Hospital and the Harvard Stem Cell Institute performed this study. The details of this study were published in the journal Stem Cells.

Dr Shah said that genetically engineered stem cells have changed all. He expects that human clinical trials will start within next five years.