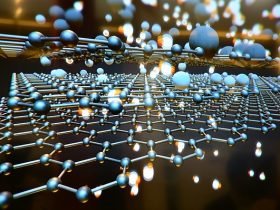 Scientists from the Universidad Autonoma de Madrid (UAM) have reported this week in the journal Science the first experimental evidence of the migration of ultrafast charge (electron dynamics at attosecond scale) in a molecule of biological interest: the amino acid phenylalanine.

The numerical simulations that we have carried out have allowed us to identify, unambiguously, that rapid load variations observed are due solely to wave motion of the electrons induced by the attosecond pulse, rather than structural changes as experienced by proteins and other biomolecules in various biological processes.

According to the results presented, which also helped researchers from Italy and the UK, the charge migration from one end to another molecule phenylalanine took three to four femtoseconds (one femtosecond attosecond equals one).

“The numerical simulations that we have carried out have allowed us to identify, unambiguously, that rapid load variations observed are due solely to wave motion of the electrons induced by the attosecond pulse, rather than structural changes as experienced by proteins and other biomolecules in various biological processes, “says the director of the work, Fernando Martín García, Department of Chemistry, UAM.

“The ability to provoke and observe the purely electronic dynamics in an essential molecule for life is crucial for future applications in attosecond science step,” says coauthor meanwhile Alicia Palacios Cañas, the same Department. “Our work, he adds, can be considered one of the first contributions to the field of attobiología”.

The fact will better understand the physics governing the transport of electrons in biological processes.

Just check out the snapshots of the load distribution on the most abundant conformer phenylalanine. The charge density can take negative and positive values ​​(yellow) or (purple). The charge migration from one end of the molecule to the other takes no more than three or four femtoseconds. (Photo: UAM)

“These advances can help us understand, for example, how the charge redistribution induced in DNA by a high energy particle initiates a process of cell necrosis or mutation,” explain the researchers UAM.

However, for this type of study can develop successfully, theoretical simulations are needed to enable the understanding of the observed phenomena, as highlighted by the researchers themselves: “that such studies are feasible in even more complex biological molecules that phenylalanine will be necessary to conduct more sophisticated experiments and extend existing theoretical methods to account for other factors such as the role of nuclear movement. In this direction we are currently working through the XCHEM project, funded by the European Research Council. ”

Phenylalanine is one of the ten essential amino acids for humans and, as such, is a building block of proteins. This aromatic alpha-amino acid precursor is important proteins such as tyrosine, dopamine, norepinephrine or melanin. Some of its derivatives are used in pharmacology with analgesic and antidepressant effects (DLPA) or sweeteners (aspartame).

Phenylalanine is found naturally in breast milk, as well as protein-rich foods such as red meat, fish, eggs, dairy products, beans and lentils. In pregnant a controlled consumption is recommended.