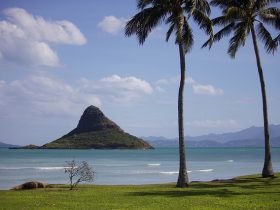 The Rediscovering Of A Mysterious Ship Near Hawaii

According to climate change skeptics colder winters are often associated to global warming. Colder weather that is being experienced in some areas of globe is a sign of global warming that is, as previously thought, not happening in reality. But a new research that is published in NatureGeoscience shows the opposite. Climate change is not a myth but a reality and colder winters are its evidence. The study has linked the fall in temperatures to the melting Arctic ice.

The research is performed by researchers from two Japanese national institutes and Tokyo University.

The researchers say that with the melting of ice the underneath water is exposed that absorbs more heat than the ice. This phenomenon functions as a radiator and warms the air above it. Finally it affects the fast moving air current that is known as jet stream and slows it down. A slower current becomes reason for creation of a blocking pattern that pulls cold winds toward Europe and Asia and eventually colder climates are temporarily created.

This phenomenon is not to last forever. Eventually, as researchers say, the rising temperatures will cancel out small scale cooling that is caused by the shifting air currents. Researchers are uncertain when this is going to occur but it is estimated the move will occur before the end of the 21st century.

The research is performed by researchers from two Japanese national institutes and Tokyo University. It utilized 200 simulations that are based on measurements of sea ice since 2004. It is the most complete and is computer-modeled version of the phenomenon.

Representatives of government and researchers are going to meet this week in Copehagen in order to discuss climate change. Their main task will be editing the report that is to shape the backbone of the 2015 United Nations Climate Change Conference in Paris.

The drafted report contains warnings for humanity that the climate change could create ‘serious, irreversible and pervasive’ issues for humans as well as environment.