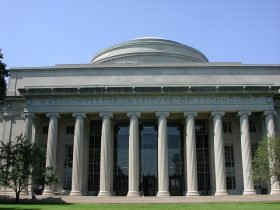 A new “predator derby” to take place in east central Idaho has conservationists frothing mad after it was revealed that wolves would be on the list of wildlife that hunters will be encouraged to kill.

BLM district manager Joe Kraayenbrink said that the agency is aware of the amount of social controversy surrounding the hunting event.

The US Bureau of Land Management approved the application to hold the hunting event in January on federally-owned public land within the state. Idaho for Wildlife, the hunting group that requested the approval for the predator derby, was not immediately reachable for comment.

BLM district manager Joe Kraayenbrink said that the agency is aware of the amount of social controversy surrounding the hunting event. Despite this, the BLM says that an analysis of the impact of such a hunt would not result in any significant conflict with the region’s other environmental resources. As a result, Kraayenbrink says that there’s no grounds for prohibiting the predator derby from being held.

These predator derbies, which are held throughout Western states like California, New Mexico and Oregon, can sometimes attract as many as 500 hunters on an annual basis. Quarry such as coyotes and wolves are targeted by the hunters, and proponents of the event bill it as family recreation by allowing children 10 and over that are accompanied by an adult to hunt for weasels, skunks, starlings, jackrabbits and other small game.

Opponents to the derby are already vowing to block it by any means possible, gearing up to file a federal suit in order to revoke the BLM-issued permit on the grounds that the agency neglected to assess the impact of the event adequately when it comes to public safety and the environment. The WildEarth Guardians wildlife program director, Bethany Cotton, called the derby a “cruel and dangerous killing contest,” adding that it has no place being held on federal lands being held in public trust and that the BLM has failed in its responsibility to protect and maintain public lands.

Around twenty letters have been sent to the BLM to praise it for its decision to allow the predator derby to be held. Meanwhile, tens of thousands of letters have already arrived to express the disapproval of other Americans.