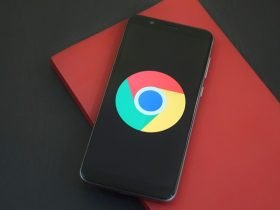 A group of migrants caused an Ebola scare at a tourist spot on Canary Islands that is also known as “a nudist beach.” Reports said a fishing boat landed Wednesday on a Maspalomas beach in the Canary Islands, filled with 19 undocumented travelers who are reportedly from Sierra Leone and Guinea.

Red Cross officials, who are wearing protective masks and gloves, were quick arrived at the scene and separated the migrants from the nudist beachgoers as they began taking their temperatures.

Several countries have enhanced screening for travelers at airports but police were caught off guard by the arrival of the migrants at a beach in Gran Canaria.

Some of the travelers were found to have fever, prompting officials to initiate their own Ebola protocol amid fear that they have Ebola.

Officials asked the travelers whether they had been to one of the West African countries affected by the Ebola outbreak.

Red Cross officials, who are wearing protective masks and gloves, were quick arrived at the scene and separated the migrants from the nudist beachgoers as they began taking their temperatures.

The 19 migrants were isolated on the beach for seven hours as nude tourists looked on. Eventually health officials determined none of them had tested positive for Ebola.

Four of the sickest people in the group were hospitalized for other reasons, and the rest were transported in a truck to begin the deportation process.

The Canary Islands are a territory of Spain, located 90 miles off the northwest coast of Africa. The islands are the destination of hundreds of migrants every year, who often travel in open fishing boats.

According to the latest count of the World Health Organization, the deadly Ebola epidemic has infected almost 14,000 people in West Africa since the outbreak began early this year. Of those, 4,960 people have died, most from Sierra Leone, Guinea, and Liberia.