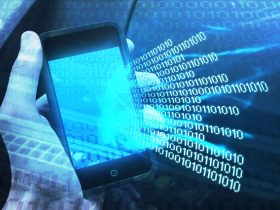 Six environmental groups from Alaska are now planning to sue the US Fish and Wildlife Service agency for understating the effect of oil exploration and its processes to the walrus population.

What we’re looking for is a rule to be vacated because the agency is trying to have it both ways.” He further added that, “These oil company activities in their critical feeding areas will just add to their woes.

According to the six environmental groups: Alaska Wilderness, Center for Biological Diversity, Greenpeace, Natural Resources Defense Council, sierra Club and Resisting Environmental Destruction on Indigenous Lands, petroleum exploration and drilling in the area harms the species that is already suffering from climate change.

Earthjustice attorney Erik Grafe said, “What we’re looking for is a rule to be vacated because the agency is trying to have it both ways.” He further added that, “These oil company activities in their critical feeding areas will just add to their woes.”

The Chukchi Sea walrus are originally from Russia but they spend winters in Bering Sea. During summer, they ride the ice to go north to the Bering Strait and back to the Chukchi Sea. Walrus cannot swim so they use ice as their platforms to reach snails and clams. Because of climate change causing sea ice to recede, walrus can no longer find ice on shallow waters to use as their board. The walrus then go to Alaska to rest. Most of the time, the females and the young walruses stay near Point Lay to rest and feed.

In the Chukchi area, the Royal Dutch Shell PLC has conducted preliminary drilling with a big possibility of return next year. The prospect of the oil company extends up to eight miles from Hanna Shoal, which is considered as a critical feeding area for walruses. According to Grafe, the walruses could be chased off by drilling.

The lawsuit that the groups filed was asking the agency to reassess the effects of exploration within Hanna Shoal. According to the group, the place is an important for the walrus because they rest it before continuing their exhausting swims during migration.