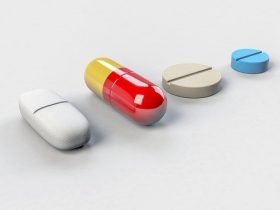 The current performance of the Eurozone has drawn mixed reactions from the public and investors in general. Others are arguing that the euro crisis is back and others say that it never really went away. A sad projection from the International Monetary Fund suggesting a 40% chance of going back into recession and an outbreak of poor data pointing to an uncertain recovery, particularly in Germany, have disturbed the market.

The launch of the Eurozone’s banking union should reverse some of the destruction in the banking system. The Eurozone also now has rescue funds and a central bank willing to backstop the financial system.

Once again, global attention has been diverted to the Eurozone following unfriendly concerns that low growth will tip the Continent into outright deflation. European equities dropped last week to their lowest level for 10 months, German bunds rallied and peripheral-country bond yields increase on the other hand, the Greek government 10-year yields briefly soared above 9% and ended the week just below 8%.

However, a bit of outlook is deal since, the origins of this slowdown lie not in the Eurozone but in growing markets. This emerging-market downturn, which caught the IMF by surprise but has in fact been under way for most of the year, was the inevitable result of the U.S putting pressure on the Federal Reserve’s decision to start turning off the monetary taps.

As the strange liquidity flow that fueled developing-country booms and commodity-price bubbles have unwound, developed countries with major export sectors such as Germany have been affected too.

Global geopolitical tensions have also played a part. The market is on course to fear about future sources of global demand, but falling commodity prices are akin to a tax cut for developed economies that should underpin domestic demand.

Second, the Eurozone on most measures is in better shape than in 2012. Former crisis countries Spain, Portugal and Ireland are growing again and have exited their bailout programs nevertheless, Greece is also likely to have grown in the third quarter of this year, after 24 quarters of recession. Budget deficits have been slashed and the Eurozone banks are much better capitalized.

The launch of the Eurozone’s banking union should reverse some of the destruction in the banking system. The Eurozone also now has rescue funds and a central bank willing to backstop the financial system.