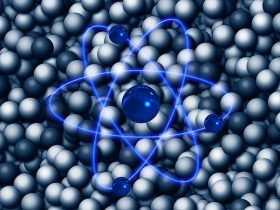 Check out the ultrafast motion of electrons in a molecule

There are many countries across the globe where homosexuality is outright illegal, and for gay men in these countries the use of some gay dating apps may be dangerous.

A truly determined government could easily leverage its resources to overwhelm the company’s security efforts.

For many gay men living in these countries, social media has been a boon in keeping their sexuality out of the public eye while still being able to find new friends and romantic partners. However, in the wrong hands these same avenues for free expression can lead to highly situations where they’re exposed to the authorities – or even worse, subject to hate crimes.

This is sadly the case with one London-based social network catering to the LGBT community. Called Manjam, the social network has many Middle Eastern and Asian users, and one Pakistani paramedic was recently apprehended by police after alegedly murdering three men he found through the network. The man reportedly said that his statement to police in way of his defense was that homosexuality should be stamped out for the evil it was.

Even more startling was the revelation that Grindr, a highly popular dating app, could be used to determine the exact location of specific users. With many countries still banning gay sex, Grindr decided to make it harder for users in countries with a poor human rights record – such as Zimbabwe, Sudan, Liberia, Nigeria, Saudi Arabia, Egypt and Russia – to be found out. However, even in the wake of the announcement Grinder warned its users that Egyptian police officers may be setting traps on Grindr by posing as a member of the LGBT community.

Joel Simkhai, chief executive for Grindr, reiterated the company’s commitment to providing privacy to its users. However, he was quick to say that a truly determined government could easily leverage its resources to overwhelm the company’s security efforts.

A watchdog group based in New York has been working to educate and warn the LGBT community. The International Gay and Lesbian Human Rights Commission’s Middle East and North Africa program coordinator, Hossein Alizadeh, said that many of the strategies used in the region rely upon blackmail or entrapment when it comes to rooting out the “evils” of homosexuality in the region.