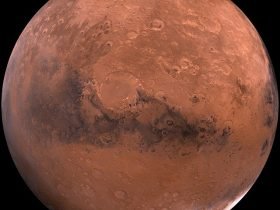 Martian meteorite may hold secrets to proof of ancient life

The Queensland University of Technology (QUT) has created a project, backed by the Bill and Melinda Gates Foundation, in which bananas have been engineered to be super-enriched genetically. This was done in order to improve the lives of thousands of people in Africa, whose staple crop is bananas.

Good science here can make a massive difference here by enriching staple crops such as Ugandan bananas with pro-vitamin A and providing poor and subsistence-farming populations with nutritionally rewarding food.

This special banana variety, enriched with alpha and beta carotene which are converted by the body into vitamin A, will soon have its first human trial in the United States for six weeks. The idea is to have this special banana growing in crops in Uganda by 2020, but they first need to see if these modified bananas can lift vitamin A levels enough to be sent to other parts of the world.

Project leader, Professor James Dale, believes that the science will work, and that: “Good science here can make a massive difference here by enriching staple crops such as Ugandan bananas with pro-vitamin A and providing poor and subsistence-farming populations with nutritionally rewarding food”.

With thousands of children in Africa dying every year of malnutrition and thousands more going blind because of it, the research team saw that even though cooking banana was a main food source in East Africa, it had low levels of micronutrients, particularly pro-vitamin A and iron. This was how changing the fruits genetics came about.

Even though the banana looks the same on the outside and tastes the same, the flesh of the fruit inside is more orange than the classic banana cream color, but the scientists do not expect this to be a problem.

Professor Dale says: Ïn West Africa farmers grow plantain bananas and the same technology could easily be transferred to other varieties as well”.

Varieties in other countries, such as Rwanda, parts of the Democratic Republic of Congo, Tanzania and Congo, which have their own unique staple crops and could also benefit from this nutritious enhancement.