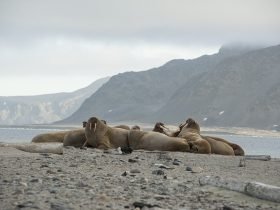 Google seeks to wrest some market share from streaming set-top boxes like Apple TV and Roku 3 with its new Nexus Player streaming device.

Running on Android 5.0 Lollipop, the puck-shaped little device connects to your television through a HDMI port but that doesn’t mean all it does is stream movies and television shows.

Most consumers hear “Google Nexus” and think of either a high-end smartphone or tablet running the company’s open source Android operating system. However, Google has expanded its Nexus line with the new Nexus Player, a streaming set-top box that can bring apps like Netflix – and even Android games – to a television screen near you.

Nowadays plenty of consumers might have a DVD or Blu-ray player in their homes, but odds are they’re gathering dust in the entertainment console. Consumers instead rely on streaming devices like Apple TV, Roku 3 or even the Google Chromecast and Amazon Fire TV sticks to get their video fix from services like Netflix and Hulu. This makes it a strange decision on the part of Google to add yet another streaming device to their lineup, but the Nexus Player is so much more than just that.

Running on Android 5.0 Lollipop, the puck-shaped little device connects to your television through a HDMI port but that doesn’t mean all it does is stream movies and television shows. In fact, because it runs on a full version of Android the device can download any number of apps from the Google Play Store; Asus, the manufacturer tapped by Google to design and produce the Nexus Player also offers a wireless gamepad for users who want to really get into the action.

Under the hood of the Nexus Player, there’s a quad-core Intel Atom chip running at 1.8GHz and a specialized graphics chip for playing games and streaming HD video. The device has 1GB of RAM and has 8GB of flash storage to download apps to your heart’s content, and features wireless connectivity to stream content from the Internet directly to the device. On top of that, the Nexus Player’s remote control features a built-in microphone for quick and easy voice searches. The only thing missing is an HDMI cable – customers looking to pick up a Nexus Player need to provide their own.