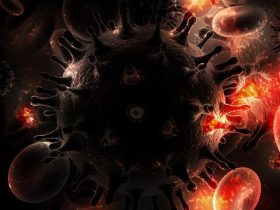 There will be three different speeds – at three distinct price points – for residential customers in Austin, Texas interested in Google Fiber when the service launches in the city soon.

The basic service plan Google will be offering to Austin residents, which is free of charge except for a one-time $300 construction fee, provides up to 5Mbps in download speeds and 1Mbps in upload speeds.

Google is busy putting the finishing touches on its internet service project for the Texan city, laying more than 1,000 miles of fiber optic cables that will comprise the network. The project is nearing completion, but the tech company says there’s still quite a bit of digging to do before it’s ready to switch Austin on like it has in other locales like Provo, Utah and Kansas City.

The basic service plan Google will be offering to Austin residents, which is free of charge except for a one-time $300 construction fee, provides up to 5Mbps in download speeds and 1Mbps in upload speeds. Consumers in select Austin neighborhoods will be able to sign up for the service starting in December. Industry experts say that the low-tier service is generally equivalent to DSL speeds that many ISPs can charge as much as $50 a month for in other regions.

The next tier up, which will cost consumers $70 a month, will provide 1Gbps service; Google is offering a break on the construction fee for anyone willing to sign up for a one-year agreement. Other benefits of the plan include 1TB of storage across Google’s photo storage service, Gmail email archives, and Google Drive as well.

Finally, the top tier plan is a robust $130 a month, which not only includes the 1Gbps Internet speeds and the 1TB cloud storage deal but also television service as well. Customers will gain access to more than 150 television channels and a multi-DVR service that will allow them to record as many as 8 shows at the same time.

Once Austin is fully wired for fiber and humming along, Google has its eyes set on other cities in the US. Chief among them are Nashville, Tennessee and Phoenix, Arizona, though there are other cities on Google’s list of localities that it wants to bring its ultra-fast and well-priced Internet and TV services to in the future.