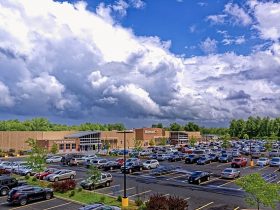 New wonder material graphene could revolutionize the zero-emissions vehicle industry as researchers discover that the substance could be adapted into technology that can provide better hydrogen fuel cells.

It’s roughly 200 times more tough and resilient than steel, it conducts electricity better than any other known substance, and won’t even permit the smallest of atoms through to the other side.

New research from the University of Manchester discovered that graphene is ideal as a fuel membrane for hydrogen cells. With the barrier qualities of graphene possibly being adapted to produce electricity more efficiently, researchers saw all sorts of possible adaptations and applications flashing before their eyes.

Graphene is not just the world’s thinnest material at just one atom thick, but it’s also the world’s strongest as well. It’s roughly 200 times more tough and resilient than steel, it conducts electricity better than any other known substance, and won’t even permit the smallest of atoms through to the other side. However, scientists decided to research if hydrogen protons – atoms of hydrogen that had been separated from their electrons – would bounce off the graphene barrier as well.

Most theoretical predictions concerning graphene revolved around how it would be incredibly difficult for even a hydrogen proton to pass through a graphene sheet. Some scientists have even speculated it would take billions of years; however, university researchers discovered that coating the graphene with platinum or some other catalyst – and then raising the temperature – would allow protons to pass through without a problem.

The news has applications in the hydrogen fuel cell arena, possibly serving to completely revolutionize the industry by making the action of extracting electricity from hydrogen protons much easier and more efficient. However, there were even more recent discoveries when it came to streamlining hydrogen fuel cell methods, especially when it came to harvesting hydrogen in the first place.

It turns out that there’s a distinct possibility that hydrogen could be dredged from the atmosphere directly in the future instead of being produced using traditional methods. The hydrogen would then be used in a fuel cell vehicle, which would reduce it to both electricity and water in a completely carbon-neutral process. With current methods of hydrogen production revolving around burning fossil fuels, this new technology could be a major breakthrough for green technology companies.