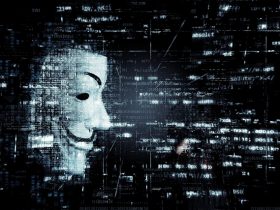 The strength of steel is well-documented, but graphene has been found to be stronger than steel, even in layers only about the thickness of an atom. It turns out that graphene is superior to steel in impact absorption as well as strength.

There has been much research into hydrogen as a power source or fuel. Fuel cells based on hydrogen technology requires a barrier. This barrier can only allow the passage of hydrogen protons that have been stripped away from electrons. Graphene has shown to serve this very purpose.

The strength of steel is well-documented, but graphene has been found to be stronger than steel, even in layers only about the thickness of an atom. It turns out that graphene is superior to steel in impact absorption as well as strength. Take bullet-proof vests for example. There is a sheet of steel that absorbs the impact of a bullet fired at it. The other materials before the steel help to slow the bullet’s velocity and the steel absorbs the rest and distributes the force of the impact throughout the vest as a whole. The steel also prevents the bullet from penetrating and entering the wearer of the vest.

However, the impact is still felt and the wearer will still suffer injury such as bruising and potentially internal injuries. The force of the bullet’s impact can also knock the wearer back and off his or her feet, which can be life-threatening. In miniature ballistics tests, graphene was shown to be up to 10 times more absorbent in the case of impact than steel. Graphene within a bulletproof vest can deflect rather than absorb the bullet and the energy produced from the impact.

The ballistics tests did show one major issue however when graphene sheets were penetrated. The impact hole was larger than that of steel. Jae-Hwang Lee, an assistant professor of the engineering lab at the University of Massachusetts, has a team and they have discovered a way to eliminate this flaw in graphene. The proposal is making a composite material by combining graphene with other materials. It is believed that this will solve the problem and prevent the cracking of the graphene’s carbon nanotubes and the resultant larger impact holes.

Back to the graphene’s allowance of the passage of proton particles while blocking electrons. This property of graphene has shown to improve hydrogen fuel cells by increasing their overall performance efficiency.