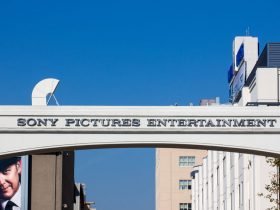 The national library at Los Alamos has been able to come up with accurate predictions of the spread of the dreaded dengue fever in various places across the world including Japan, Thailand, Poland, Brazil and also the United States.  The interesting thing about this is that the tool used to make the predictions was nothing more than Wikipedia.

The research team made up of scientists from the US came to the conclusion that due to the large number of people checking for medical resources in the U.S. Wikipedia page views can be used for outbreak forecasting.

This online encyclopedia serves more purposes than just presenting information for people to read and learn more about various topics; tracking down the spread of tuberculosis in China and Thailand was also facilitated by this website.

The research team made up of scientists from the US came to the conclusion that due to the large number of people checking for medical resources in the U.S. Wikipedia page views can be used for outbreak forecasting. This is primarily because people have a tendency of seeking health advice before they pay a visit to a professional health practitioner.

According to the scientists, the traditional methods of tracking diseases were more accurate but regrettably slow. They have praised the arrival of better social media data and search queries that keep emerging.

Since its inception at the dawn of the new millennium, Wikipedia has grown to become one of the world’s most visited sites ranking at number 6. The researchers said that the site has more than 30 million articles that have been written in 287 languages. On a daily basis, Wikipedia serves no less than 850 million requests.

The study showed a variety of models which can be transferred to and from different regions. These models can be programmed in one location and implemented in another part of the world. For instance, a scientist can create different models using data from India and employ the same models in Japan to predict the spread of certain diseases. This will be of great benefit especially in countries where it is hard to collect accurate data.