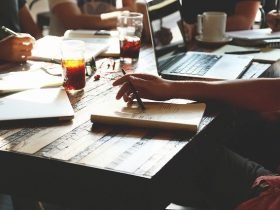 According to a new study lightning strikes in the United States will have an increase by 50% within the next 100 years. Perhaps the cause behind it is climate change and global warming. Researches belonging to the University of California Berkeley suggest that the increasing lightning strikes are due to the rise in temperature as this phenomenon gets fast with increase in the temperature..

According to figures collected by the National Weather Service there are hundreds of fatalities in the United States with an average of 50 a year.

In Florida fatalities due to lightning strikes are at an all time high with 32 deaths since 2006. After that states of Louisiana, Alabama, Arkansas and Mississippi are the states that are struck with lightning more often. According to figures collected by the National Weather Service, there are hundreds of fatalities in the United States with an average of 50 a year.

David. M. Romps is an assistant professor of earth and planetary science at California’s Lawrence Berkeley National Laboratory and also the leading author of the study that shows that bigger and thicker clouds cause more lightning. Researchers discovered the predictions by the ever increasing thickness of clouds.

The study concludes in the end that when there is a rise of one degree in temperature, the frequency of lightning will increase by 12 %. And this phenomenon will increase lightning by 50% as 2100 approaches.

A computer program was created by Romps and his colleagues that can establish the generation of lightning strikes through precipitation. The model also shed light on the activity caused by a thunderstorm. The computer software plugged the 2011 data for the lightning strikes in the United States and on the basis of the data it further predicts future climate. Researchers found that in the upcoming times when additional precipitation will combine with more buoyant clouds, there will be more frequent lightning. It is also reported by the study that the extra lighting means more wildfire in the region.