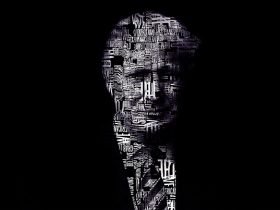 When the Tissint meteorite landed on Earth in July of 2011, the piece of the Red Planet has been rumored to hold secrets of the proof of ancient life on Mars.

The preliminary research findings have led his team to believe that the diamond-hard carbon was created through a biological process instead of an environmental one.

Scientists say that the organic carbon discovered within the meteorite might have been created through a biological process – and that the process occurred on Mars somewhere in the distant past, not on Earth after it landed.

When it comes to Martian meteorites, Tissint is just one of 60 others that have landed on Earth relatively intact. On top of that, its descent was actually witnessed when a fireball landed east of Tata, Morocco in the early hours of July 18 three years ago, lighting up the skies yellow and then green in a breathtaking shower of light from the stars. Close examination of the meteorite has revealed that it was ejected from the Red Planet something close to 700,000 years in the past – but the rock itself was initially formed anywhere between 400 million to 500 million years ago.

Research team leader Yangting Lin, from Beijing’s Institute of Geology and Geophysics of the Chinese Academy of Sciences, said that there were many reasons that the organic carbon found in the Martian satellite actually didn’t originate on Earth.. The scientist said that the meteorites, which were discovered by nomads soon after landfall, were covered with black, glassy surfaces that couldn’t have formed during its descent or the scant three months it spent in the Moroccan desert before its discovery. Under that glassy shell are small veins within the meteorite containing diamond, that ultra-hard form of carbon that couldn’t possibly have been formed on the surface of the Earth or during its descent either, Dr. Lin and his team argue.

Dr. Lin said that the preliminary research findings have led his team to believe that the diamond-hard carbon was created through a biological process instead of an environmental one. While Lin says that he can’t rule out the possibility that the organic carbon found inside Tissint might have been formed through environmental, abiotic means, there’s ample evidence supporting an organic, biological formation.