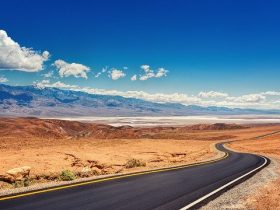 Rains For Drought-Stricken California on the Way

MetaMind, a tech startup founded by Richard Socher and Sven Strohband, announced Friday that it has raised $8 million for “deep learning” artificial intelligence research and development.

Right now, the technology developed by MetaMind is being provided free of charge on the company website for programmers and developers to experiment with.

Socher is no stranger to artificial intelligence, as he designed benchmarks for image recognition systems used by heavyweights such as IBM, Microsoft and Google five years go when he was still a PhD student at Stanford. Now that he’s graduated, Socher has his sight set even higher by training computer networks to recognize and then analyze text or images.

The deep learning AI training process could be applied to any number of markets from medical imaging to the fast food industry; co-founder Strohband says that one day networks that have been taught deep learning could recognize an image of a fast-food item taken with a smartphone so it knows what you’re about to eat. Right now, the technology developed by MetaMind is being provided free of charge on the company website for programmers and developers to experiment with.

MetaMind isn’t the only company out there experimenting and honing similar technology, though. Most of these companies don’t let just anyone look over their research – though they also have much more at their disposal than just $8 million in funds to work with. On top of that, end users need to be smart enough to grasp the particulars behind machine learning tools by themselves but not so smart as to not have to rely on open-source tools like those provided by MetaMind, according to Roam Analytics’ co-founder Andrew Maas, whose company uses machine learning tools in order to build sales software platforms.

However, even if the deck is stacked against MetaMind, the company still has a very good position among its competitors. Those deep pockets and big budgets can’t combat good old-fashioned Yankee ingenuity it seems; at this year’s annual deep-learning system ImageNet competition – a contest that uses Socher’s standards – MetaMind classified objects with a 92.4 percent success rate. That was enough to put the MetaMind system above every other competitor besides Google itself; for a little startup with only $8 million to its name, that’s a major accomplishment.