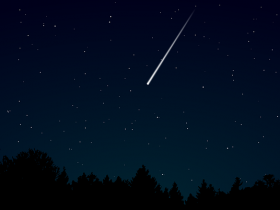 Mars Meteor Shower Has More Than 1,000 Shooting Stars An Hour

A new harassment reporting tool is being integrated into popular microblogging site Twitter in an attempt to hold anonymous hate-slingers more accountable.

WAM’s new initiative comes at a time when Twitter likely needs it most. The micro-blogging site has been awash with vitriolic hate speech.

A non-profit organization known as Women, Action and the Media has partnered with Twitter in order to make it easier to report sexual harassment through the use of the new Twitter Harassment Reporting tool. The tool, which was developed by WAM, provides users the ability to provide detailed information to Twitter regarding the nature of the harassment, whether it be sexism, hate speech, racism, impersonation, threats of physical harm, or threats to release personal information to the public (a practice known as “doxxing”).

WAM’s new initiative comes at a time when Twitter likely needs it most. The micro-blogging site has been awash with vitriolic hate speech, much of it directed towards women, after several so-called scandals whipped the seamy underbelly of the Internet – mostly composed of misogynists hiding behind the fig leaf of activists and whistleblowers – into a feeding frenzy. The so-called “Men’s Rights Activism” movement is largely seen as the most visible of these new misogynist movements targeting women online; the Southern Poverty Law Center has declared MRAs as a hate group.

While WAM won’t have any say in how Twitter will ultimately respond to the reports, the women’s rights organization will review the reports, collate them, and then escalate any complaints it deems to be valid to the social networking site. WAM says that now is the time to act against the rampant social media harassment, especially in light of a recent incident that drove feminist blogger and gaming critic Anita Sarkeesian from her home after she received death threats for her work deconstructing the video game industry.

WAM’s main concern is to increase the reporting of gendered harassment as it occurs over the Internet, especially when it comes to social media platforms. However, the organization will also be analyzing collected data in order to research how other types of harassment can sometimes intersect with harassment against women. WAM hopes the data will be beneficial for Twitter.