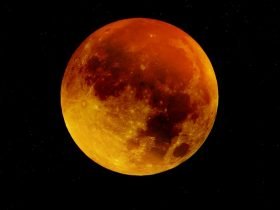 The remains of an ancient Greek ship known as the Antikythera wreck have been revisited, with new treasures being brought back to the surface after more than two millennia underwater.

An international team of archaeology experts recently returned to the site to continue the work began over a century ago, pulling even more treasures from the deep.

The ship, which sank off the coast of the island that bears its name, was initially discovered over 100 years ago by storm-tossed sponge divers. The first treasure haul at that time included furniture, marble and bronze statues, luxury glassware, and the mysterious Antikythera Mechanism, an incredibly complex analog computer thought to have been used to predict astronomical events such as eclipses. However, since the wreck was over 50 meters down it was deemed too dangerous at the time to continue excavation efforts – until now.

An international team of archaeology experts recently returned to the site to continue the work began over a century ago, pulling even more treasures from the deep. Ship components, tableware, and even a life-sized bronze spear that would have accompanied a Greek warrior statue were returned to the surface thanks to new technologies such as 3D imaging and unmanned underwater vehicles that helped to pinpoint the location of the treasures. Because of the depth of the wreck, divers additionally needed to use specialized rebreathers in order to safely investigate at that depth. Researchers believe that there could still be more than a bit of cargo left on the bottom of the sea, obscured by sediment and hopefully well preserved.

Initial surveys undergone recently seem to bear out that claim, with ship components such as an intact bronze rigging ring and several lead anchors stretching more than a meter in length proof that the wreck is in better shape than a 2,000 year old sunken ship would normally be. In addition, researchers have been able to get a better glimpse of the overall size and shape of the Greek ship based on the 300 meter debris field, estimating that the wreck could have been as much as 50 meters long when it was still afloat.

Researchers plan to return in 2015 to conduct additional excavation in the hopes of discovering more ancient treasures from the era, with the shipwreck dating to around 50 to 70 BCE.