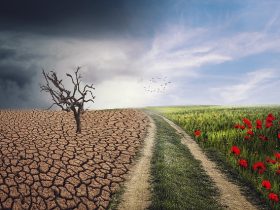 It was just par for the course when it comes to making Google Drive more accessible.

Google Drive is already a highly convenient option for not just storing data for your own ease of access but for collaborative projects as well. The cloud storage system allows you to share documents between users as well as edit them and collaborate with others, and all in real time. However, there are some limitations to Google Drive, namely that it doesn’t support very robust editing tools for every file extension out there – and there certainly are a lot of other programs that do a much better job.

The problem has been that in order to open data users have stored in Google Drive requires downloading them to their desktop before then opening the relevant program. However, a new extension developed for the Chrome browser adds much-needed functionality; both the Mac and PC versions of the extension make it easy to switch between Chrome and a desktop application like Microsoft Office of Adobe Photoshop in order to edit and tweak documents and images without the extra step of downloading them first.

The extension makes it impossibly easy: users simply right-click the file and select the “Open With” option from the context menu. A list of available programs is then displayed, allowing users to open the file directly without having to go through several steps. Additional functionality like saving revisions to both Google Drive and whatever application users open the file in make it practically seamless.

A spokesperson for Google said that it was just par for the course when it comes to making Google Drive more accessible. The new extension is aimed specifically at helping people work and collaborate anywhere they are on any device they may own, the spokesperson added.

The extension requires users to have the latest version of Google Drive on their computer. It’s just one more way that Google is incentivizing users to manage Drive data without having to rely on in-browser editing if they don’t want to.