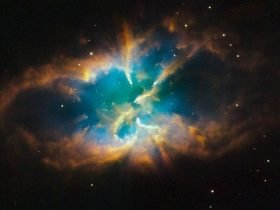 Edward Snowden, for the first time, has revealed that the National Security Agency is capable of tapping into most cellular networks across the world. They take advantage of flaws in the security systems that they have discovered covertly.

The National Security Agency refuted the allegations on the scope of AURORAGOLD and provided The Intercept with a statement that the operation’s purpose was to track the communications of valid foreign targets.

The operation, in the agency, is known as AURORAGOLD and information about this system was included in the website The Intercept and was provided by the whistleblower Edward Snowden. The information is revealed the current week.

According to the document the operation spies on allies of the United States as well as it hostile countries. It not only steals information out of the networks but also introduces new flaws into the communication systems so that they become weak and could easily be tapped into. The Intercept reported the leak and called it a ‘controversial tactic’.

AURORAGOLD started with collection as well as analysis of messages sent among around 1,200 employees of different cellular network operators around the world. National Security Agency agents also intercepted strategy and planning document that made them capable of hacking into the networks of cellphone companies across the world. Ironically a UK-based trade group GSM Association that was funded by the US government to create technology in order to strengthen its digital privacy remained the target of AURORAGOLD operation.

A cellphone security expert, Karsten Nohl, told The Intercept that NSA treaded in  dangerous limits and introduced security weaknesses in worldwide communication systems, and it means that it might expose networks to hackers.