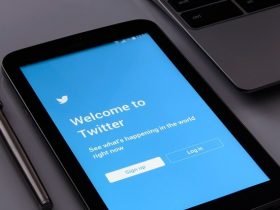 Well, after a long time we have good news for the people of California. Storms, full of wet, are moving on across Northern California and it is likely they will bring some rainfall for the state patching up the gap left by drought. Forecasters say that though the rains will compensate for the loss, it will hardly make up for the big loss inflicted by a three-year drought.

About a foot of snow was expected in Sierra elevations before the end of the weekend. It became as a welcome prospect after last winter passed without rain.

Authorities in Contra Costa as well as San Mateo counties tried to help residents so that they may be guarded against any possible flooding. National Weather Service was predicting up to  3 inches of rain in low-lying regions while up to 5 inches in surroundings of Sierra Nevada mountains.

In Bay Area, storms poured on three quarters of an inch of rain in San Jose while about 3 inches to the north in Napa. So far there was no news of major flooding.

About a foot of snow was expected in Sierra elevations before the end of the weekend. It became as a welcome prospect after last winter passed without rain.

Jake Sullivan at the Union 76 Service Station says that things went well. One should expect the best out of everything as everything in the state thrives due to snow.

The weather service warned the citizens of heavy fog as well as rip currents in the coastal region of Southern California.

According to the National Climatic Data Center October was the driest year for the state on record. Even the state had rain storms in the start of this month but all in vain; reservoirs of the state remained far much lower than normal. Shasta is the largest reservoir for the state and it stands at 39 percent of average while the second largest is Lake Oroville that stands at 42 percent as per reports of the Department of Water Resources.