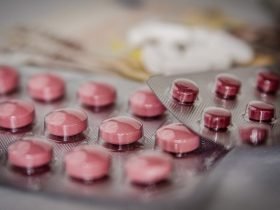 The oil spill occurred in the most important foraging areas and where they grow up, it also happened on the main migratory corridors for the adults.

Thane Wibbels said that, “The Kemp’s ridley turtle might be a great canary in the coal mine for the Gulf of Mexico.”

Wibbels, a biologists from the University of Alabama at Birmingham is one of the delegates of the Second International Kemp’s Ridley Sea Turtle Symposium. The two-day symposium will begin Thursday with more than 20 delegates and the focus will be on what to do about the unexpected decline of the Kemp’s ridley population.

Among the possible scientific research that the symposium will be focusing on, is the possibility that the 2010 BP oil spill, the largest in U.S. history, might have contributed to the declines of sea turtle nests in 2013 and 2014.

Among other possibilities that will be discussed are die-off of the creatures the turtles eat, expanding dead zones where oxygen is so scant that almost nothing can survive, pesticide runoff and other chemicals dumped in the Gulf.

According to scientists, there is a big possibility that the Deepwater Horizon spill that dumped an estimated 4.1 million barrels of oil into the Gulf likely killed untold numbers of turtles. It could have caused the decreasing number of nests of Kemp’s ridley as well.

Wibbel added that the oil spill is one major issue that the symposium that will b focusing on.

“The oil spill occurred in the most important foraging areas and where they grow up, it also happened on the main migratory corridors for the adults.”