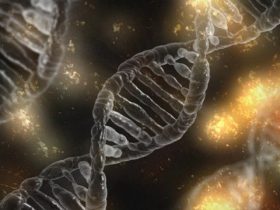 Just imagine ten years from now, there is a possibility of the travel industry advancing into space and underwater travel. That’s right, all those late night science fiction movies you stayed up watching might just come true. Is 20,000 Leagues Under the Sea or 2001: Space Odessey really possible?

What they found in the latest study could be just a small percentage of the supplements in the U.S. that contain this new stimulant.

After looking into some crystal balls, a group of futurologists and research experts have came up with a slew of possibilities that are actually possible to obtain. With the final installment of a Skyscanner report that aims to predict travel in the 2024, your imagination might just come to life.

So you’ve vacationed in the South Pole and are tired of sailing the Nile River every other weekend, what is there to do next? How about space tourism? Just imagine being on a twenty-four hour champagne diet while flying through the Milky Way with no astronaut training required. Okay, let’s be realistic, you might just have to be a billionaire to make a trek like that but a girl can dream right?

Between the two emerging types of travel — space and underwater — however, Skyscanner CEO Gareth Williams said he’s betting that underwater tourism will become more mainstream given the prohibitive costs of commercial space travel. “I suspect that mass underwater exploration and tourism will develop with greater pace than mass space tourism, and I suspect you would get more from it, because there is more to see down there than in space.” “The Future of Travel 2024” was written by a team of 56 editors, researchers and futurologists around the world.

What’s amazing is the fact that we have come so far to be ten years away from the possibility being able to vacation in outer space or underwater. But I’d be less excited about the underwater aspect. It’s just amazing how far science has come to allow someone who has no space training or knowledge of it all to go into the virtual unknown and be able to return safely. Obviously this is all speculation but if it’s possible then its good news to know. Just keep your fingers crossed and save your money.