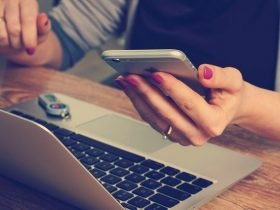 Text Message Service for Medication can Save Millions of Lives

October is cancer month, but it is only a coincidence that experts at Harvard Medical School have come up with a way to combat brain cancer. The scientists have discovered a way of converting stem cells into lethal weapons to fight against brain cancer. This discovery was made during an experiment working with mice.

A stem cell expert has been quoted saying that this would be the future of cancer treatment and a stepping stone to the discovery of a cure for all sorts of cancer. The research findings were published in the journal titled Stem Cells.

Stem cells were genetically engineered to manufacture and secrete toxins that would kill cancerous cells in the brain. Would this not be harmful to the normal cells? The researchers have shown that the normal cells will be completely unharmed by the toxins from the stem cells.

A stem cell expert has been quoted saying that this would be the future of cancer treatment and a stepping stone to the discovery of a cure for all sorts of cancer. The research findings were published in the journal titled Stem Cells. It was a joint collaboration between scientists from the Massachusetts General Hospital and Harvard Stem Cell Institute.

For years, they had been working on the project. They had been researching a therapy based on the stem cells for cancer treatment. The goal was to modify the therapy in such a way that it kills the tumor cells and not any others. To achieve this objective, they employed genetic engineering to create powerful stem cells.

These stem cells were to produce a toxin to kill cancerous cells but at the same time resist the effect of the poison they were creating. At the same time, they do not pose any risk to the normal healthy cells. Toxins that kill cancer have been in use to treat the different types of blood cancer. Nonetheless, it has not been possible to use them on solid tumors.This is because of the short half-life of the toxins and the inaccessibility of the solid tumors.

Cancer specialists and experts in regenerative medicine have lauded this research as clever and the beginning of a new wave of treatments for cancer. This procedure has been likened to the installation of a mini pharmacy in the body which delivers a deadly payload to the cells of the tumor.