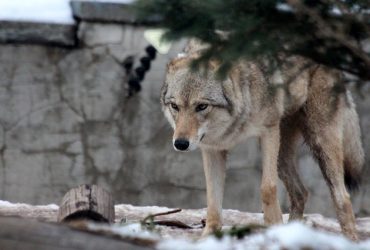 A lone gray wolf that has been roaming Arizona for the past few months, just north of the Grand Canyon, has just been confirmed to being a long way from his home, which is in the northern Rockies. The confirmation was made with a DNA test. The wolf is protected under the Endangered Species Act and it is the first known gray wolf to visit Arizona in 70 years or so.