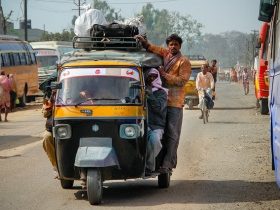 Global Hunger Statistics Indicate India is 55th on the List

A text messaging service could help people remember to take the pills that they have been prescribed, a new study says.

Text reminders could be used by GPs, hospital doctors and pharmacists for a range of different conditions, including diabetes, TB and HIV.

Researchers at Queen Mary University of London conducted a test scheme, which involved 300 heart patients, who were already on blood pressure medicines or statins.

They were divided into a two groups – “text message” group and the “no text” group.

Those in the “text message” group received daily texts for two weeks followed by a text every other day for another two weeks, and finally a weekly text for six months. Those in the “no text” group were sent no notifications at all.

The study found that those in the “no text” group, 25 percent of the patients stopped their medication completely or took less than 80 percent of their prescribed treatment, as compared to just 9 percent in the “text message” group.

Those in the “text group” reported they found the messages beneficial.

Wald said in general, patients really valued the text messages and were disappointed when they stopped.

The study also found that text alert cut the numbers who forgot or just stopped taking their pills. One in six was helped to continue their treatment, reducing their risk of heart attack and stroke.

Study leader Prof. David Wald, of Queen Mary University, said text reminders could be used by GPs, hospital doctors and pharmacists for a range of different conditions, including diabetes, TB and HIV.

Wald said the cost for sending the messages was “no more than £3 per patient”.

NHS estimated that it spends more than £500m on wasted medicines and avoidable illness.