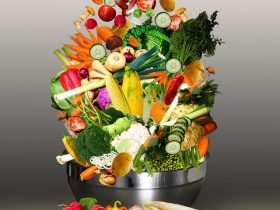 A ship that was lost underwater for 60 or so years has been discovered once again in the oceans of the Hawaiian island by the name of Oahu. The shipwreck was first discovered last year by a small vehicle that was submersible underwater.

During the time of the war however, the hub of the Midway Island telecommunications stopped to function, and the ship was given a new name of USS Kailua. This was then sent to the other locations in South Pacific for maintaining cables.

Despite the fact that he ship was torpedoed much after World War 2, most of the ship’s parts, which include the wheel, are fixed at their original locations. The structures on the upper deck are also well preserved and do not show any signs of damage from the torpedo.

At the time, the ship was known as Dickerson, and it first sailed back in 1923. It was a part of the ships that maintained the network of submarine telecommunications. In July of the same year, the ship arrived in Hawaii. The Dickerson was then known to ferry patched up cables and supplies at the Midway and Fanning Islands between the periods of 1923 to 1941. Very soon after Pearl Harbor bombing took place, the Dickerson evacuated the British employees to Oahu.

During the time of the war however, the hub of the Midway Island telecommunications stopped to function, and the ship was given a new name of USS Kailua. This was then sent to the other locations in South Pacific for maintaining cables.

After the war ended, the ship came back to Pearl Harbor. However, neither the original owners not the Navy wanted it back. Therefore, it was sunk I the ocean on 7th February, 1946. No one knew which part of the ocean it finally rested in. today, Dickerson could be a perfect museum exhibit, especially considering the roles it had played back in the day and the stories it has to share.

The team only found this ship by accident and the site of the shipwreck was 2,000 feet below the surface of the water. Surprisingly, the ship was still in an upright position with its wheel intact and the mast pointing upward like it originally was.

Almost all the pieces of the ship were exactly where they should have been originally, and this was very exciting for researchers. The identification of the ship was also very easy and the number of this navy ship, i.e. IX-71, was highly visible on the bow of the mysterious sunken ship.