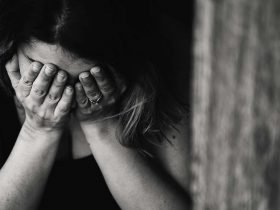 The Swedish Lockne crater, 7.5 km wide and Målingen, about 0.7 km, were caused both by the shock of a double asteroid, an object made up of about 600 m and a smaller 150 m . Both came after the explosion of a massive asteroid collision some 200 km in the main asteroid belt 470 million years ago. So suggests a study published this week in the open access journal Scientific Reports a research team led by Jens Ormo, the Astrobiology Centre (INTA-CSIC).

For the first time has been dated with high precision as a pair of craters of this type, both created 458 million years ago and are the only known example land that can no doubt be attributed to the impact of a binary asteroid.

“For the first time has been dated with high precision as a pair of craters of this type, both created 458 million years ago and are the only known example land that can no doubt be attributed to the impact of a binary asteroid” highlights Ormo to Sync. “All other potential candidates have ages with double periods of time not to be excluded that are formed separately.”

The good condition of Lockne and Målingen, about 16 km away, has enabled very necessary to relate geological evidence.

“The double impact occurred in a shallow sea, and the two objects collided on the same rock stratigraphic setting beneath a water column of 500 meter” Ormo explains. The research highlights the value of such data “as a reference for numerical simulations of these events, and therefore, to assess the potential risks of asteroid impacts in the ocean.”

In addition, the shapes of the two craters are consistent with the impact of a fragmented projectile, leading scientists to assume that the binary asteroid belongs to the type called ‘rubble pile’, formed with various pieces together by gravitational forces. The observations of near-Earth asteroids indicate that about 16% travel in pairs; however, only a few have been identified and controversial pairs associated craters on the surface of our planet.

According to the authors, it is very rare that an impact crater can be associated to a rupture event dated to a specific time in the asteroid belt, and in this case was achieved double sole known example. This, in turn, serve as a reference for analyzing other twin impacts as well as the formation and evolution of binary asteroids in the solar system.