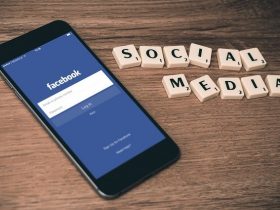 Energy companies reduced the number of rigs drilling for oil in the United States to a fresh three-month low, shifting more rigs in favor of natural gas as crude prices dive and gas prices soar, data showed on Friday.

We would have to see sustained high gas prices before we may see a change in rigs from oil to gas.

Gas rigs meanwhile rose by 10, up for a fourth week in a row, to 356 rigs, the highest in 10 months, the Baker Hughes data show. A year ago, there were 365 rigs drilling for gas. Analysts however said, substantial weeks of less oil and more gas rigs do not make a pattern.

Teri Viswanath, director of commodity strategy for natural gas at BNP Paribas in New York expressed that, “The recent rise in gas prices is not the type of sustained recovery that will cause producers to revisit their capital budgets. Oil futures on the New York Mercantile Exchange fell to a three-year low under $76 per barrel earlier this week.

Front-month gas futures on the NYMEX, meanwhile, gained over 25 percent since the start of last week to a high near $4.50 per million British thermal units on Friday, the highest since June. Viswanath said, “We would have to see sustained high gas prices before we may see a change in rigs from oil to gas.”

Gene McGillian, a senior analyst at Tradition Energy said, “The drop in oil rigs is not that significant and the upsurge in gas rigs is still well below the five-year average, “In fact, the number of rigs drilling for oil recently hit 1,609 in mid-October, the highest since at least 1987, according to the data available. “We’ll keep watching but I don’t think there’s a pattern there yet,” he added.