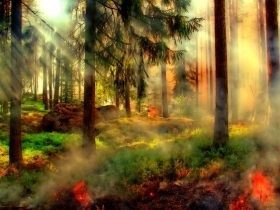 Jean Andre an American activist decided to visit the Federal Reserve Board’s headquarters on Friday to express his concerns about getting a decent job. Janet L. Yellen, the Fed’s chairwoman, agreed to meet him together with about 30 workers concerning the plight of Americans searching for work and struggling to make a living.

The Federal Reserve is too important of an institution to be insulated from the voices and perspectives of working families, we think that the Fed needs to listen more and be more responsive, and we’re very grateful for this first opportunity.

Accompanied by Fed’s board of governors officials; Stanley Fischer, the vice chairman; Lael Brainard; and Jerome H. Powell, the jobless Americans had a chance to express their views for about an hour.

Ady Barkan, a lawyer with the Center for Popular Democracy, an advocacy group based in New York that orchestrated the meeting said “The Federal Reserve is too important of an institution to be insulated from the voices and perspectives of working families, we think that the Fed needs to listen more and be more responsive, and we’re very grateful for this first opportunity.”

The Fed declined to comment, citing a policy of silence about private meetings but the workers described what they said in the meeting that was closed to the media. Ady Barkan’s group is campaigning for the Fed to carry on with its stimulus program, citing the high level of unemployment, particularly in minority communities, and the slow pace of wage growth. The group further argued that the Fed could help drive wages up by keeping interest rates low.

According to Josh Bivens, an economist at the Economic Policy Institute, a liberal research group, “monetary policy would be “the single most important determinant of wage growth” and that he was glad to see workers recognize the Fed’s importance. A conservative group, American Principles in Action, criticized the meeting as “highly political” and inappropriate expressing that it would seek a related meeting to share its view that the Fed’s stimulus campaign is damaging the economy.

The labor and community groups at the meeting wore green T-shirts that said “What Recovery?” on the front, with a chart demonstrating meager wage gains on the back. They also compelled Yellen to change the way the Fed chooses the presidents of its regional banks.