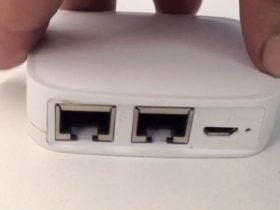 What they found in the latest study could be just a small percentage of the supplements in the U.S. that contain this new stimulant.

Researchers warned that compound, often listed on labels as AMP Citrate, is a close chemical cousin of DMAA which is a stimulant the U.S. Food and Drug Administration has previously declared as an illegal ingredient because it can be potentially dangerous to humans.

Study lead author Pieter Cohen, from Harvard Medical School and the Cambridge Health Alliance in Massachusetts, they discovered the synthetic stimulant listed on dietary supplement ingredient labels under a variety of names including AMP Citrate.

The researchers tested 14 products listing AMP Citrate, 4-amino-2-methylpentane citrate or some of the other chemical names on their labels.

The researchers found that 12 of the weight loss and sports supplement products contained large amount of 1,3-dimethylbutylamine, or DMBA – a synthetic stimulant that has similar chemical structure to the banned compound known as DMAA. DMBA is a compound that was tested in few animal studies, but never in humans.

In 2012, the FDA prohibited manufacturers in selling DMAA-containing supplements because it can cause heart attacks and nervous system disorders. The agency received dozens of illness and death reports tied to supplements containing DMAA. Most of the products were marketed as sports or weight loss supplements or brain enhancers.

Cohen said what they found in the latest study could be just a small percentage of the supplements in the U.S. that contain this new stimulant.

Researchers expressed concern that many consumers may be unaware that products contain untested stimulants. They urged the U.S. Food and Drug Administration to take action.

The FDA said it is aware of concerns regarding DMBA/AMP Citrate and will consider taking regulatory action, as appropriate, to protect consumers.

Last month, the Council for Responsible Nutrition, a dietary supplement industry group, sent a letter to FDA asking for regulatory action on AMP Citrate, stressing that it is being marketed as the next DMAA.