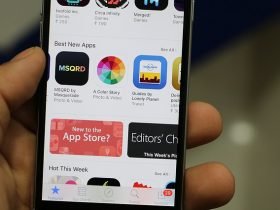 I must have lost consciousness at first. I can’t remember anything about what happened but I must have come to during the fall. I remember waving to the chase plane and giving them the thumbs-up to tell them I was OK.

Pieter Siebold was one of the pilots of the Virgin Galactic’s SpaceShipTwo who was involved in a test flight crash in the Mojave Desert. The National Transportation and Safety Boarding is still investigating the cause of the accident.

Initial investigation shows that pilot Mike Alsbury unlocked the spacecraft’s moveable tail that led to the unlikely chain of events.

According to the latest findings, Siebold was ejected and he fell from the sky from an altitude of about 50,000 feet without any oxygen. Luckily, he survived but sustained shoulder injury, which was a broken humerus bone, lung concussion and a broken rib. The pilot is now recuperating at home. His co-pilot, Alsbury was found dead among the aircraft’s wreckage.

During his interview, Siebold recalled unbuckling his seatbelt as he fell from the sky. He said he was thrown outside the space plane. When his seatbelt was unbuckled, it automatically open his parachute.

“I must have lost consciousness at first. I can’t remember anything about what happened but I must have come to during the fall. I remember waving to the chase plane and giving them the thumbs-up to tell them I was OK,” Siebold narrated.

SpaceShipTwo crashed after separating from its mother ship, the WhiteKnightTwo. The tail section was supposed to be unlocked once the spacecraft reached a speed 1.4 times the speed of sound so aerodynamic forces can held the tail in place. Apparently, Alsbury did not wait for the ship to reach the said speed and unlock the tail section earlier than expected.

The NSTB is still investigating the accident and full report is expected to be released by next year.