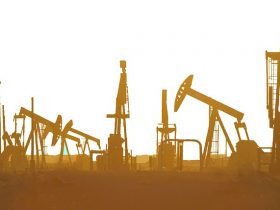 About more than 1,600 workers assemble at Walmart locations across the United States on Black Friday calling for a minimum wage of $15 an hour pay and more consistent full-time work.

Walmart has come under scrutiny in recent years for its heavy stance toward unions. Courts in Canada found Walmart in violation of Quebec’s labor code earlier this year for closing a store following employee efforts to unionize.

Walmart workers have been walking off the job since Wednesday, with some participating in the last 24-hour.

In Ohio, approximately 30 people showed up at the Evendale store to protest wages provided by Walmart owners.

Some protesters in Denver are planning to visit a Walmart store with Santa.

The strikes, organized by the Organization United for Respect at Walmart (OUR Walmart), is reconsidered to be the biggest organized protest of Walmart employees in the company’s history.

Though not a union, OUR Walmart is backed by the United Food and Commercial Workers union, which has been unsuccessful in its attempts to unionize Walmart employees in the past.

OUR Walmart has been protesting on Black Friday for the past few years to gain the attention of the company for certain causes. This year protestors were aiming to push Walmart and its owners to increase the minimum wage to $15 an hour.

The retail company maintains that the strikes are a small portion of its 2.2 million global workforce.

Walmart has come under scrutiny in recent years for its heavy stance toward unions. Courts in Canada found Walmart in violation of Quebec’s labor code earlier this year for closing a store following employee efforts to unionize.

The nationwide protests on Friday come after a November 13 demonstration during which 23 people were arrested in a Los Angeles-area Walmart. Those arrests were of Walmart employees who took part in a sit-down protest.