The Xbox Series S is a next-gen entry-level console that comes in a compact design with powerful specs and completely silent operation. The console offers high frame rates and ray tracing, with super-fast load times to boot.

The Xbox Series S has significantly less storage than the X series and runs at a resolution of 1440p for gaming. It does not support 4K gaming! The smooth frame rates and silent operation make it a great choice for those who want to pack convenience with a punch. 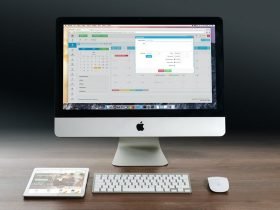 What is Facebook Touch? Should you use it in 2022?