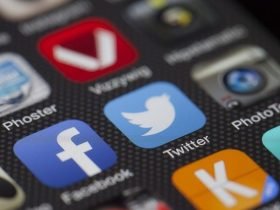 It has taken twelve years of calculations, simulations, construction and testing to get to the launch of the second version of Solar Impulse, the only aircraft prepared to travel around the world with solar energy. The challenge is difficult: to fly without fuel, with one pilot and for five days and nights over the oceans from one continent to another.

If I knew what to do in five years, it would be an adventure, but a business plan.

The HB-SIB is the name of this solar airplane car carbon fiber, which has a wingspan of 72 meters and a total weight of 2,300 kg, equivalent to a car. The four integrated motors, ten times lighter than conventional feed by 17,000 solar cells integrated in the wings. During the day, these cells also recharge the lithium batteries of 633 kg, allowing the airplane to fly and have a virtually unlimited autonomy.

The “around the world” mission will begin in March 2015 from Abu Dhabi. The Solar Impulse 2 will plan then on the Arabian Sea, India, Burma, China, the Pacific, the United States, the Atlantic Ocean and southern Europe Seville You will pass before closing the route back to the starting point.

The Solar Impulse 2 also features a walk of 3.8 m3 and every single detail has been designed to enable the pilot to remain there for a week. However, the cabin is not pressurized or heated, representing an additional challenge to the strength of the pilot.

One of the most striking parts of the project are the partners that are part of Solar Impulse. According Piccard, André Boschberg (aerospace engineer and CEO of Solar Impulse) was responsible for finding all companies today contribute to the project: “We had no partners, so we talked to everyone in the solar plane. We were convinced that if we told the world, no one was going to miss this opportunity, “he explained.

What is surprising is that this list is not any need to do with aeronautics, and they said they do that was impossible: “It is the same situation as the electric car: it developed a person who became rich by internet “.

As to what might happen in the future, Piccard is not very sure of anything, “If I knew what to do in five years, it would be an adventure, but a business plan.”

He is certain, however, that the industry will change thanks to Solar Impulse, where applications are varied: from drone to “anything that moves down”. For commercial solar aircraft, however, says that much time.

The ultimate goal of Solar Impulse is to send a message to the world and promote innovation in enterprises. Piccard is also convinced that this is a big step for both ecology and industry “reconcile and win at a time”.

The habit of exploring the world and new records of Bertrand Piccard is tradition in your family. The physicist and inventor Auguste Piccard, grandfather of Bertrand, became famous for his explorations of the stratosphere and the deep sea. First, to design and take off in 1932 with a balloon reached a height of 16,201 meters; second, by whisking in 1953 the depth record by diving more than anyone: 3150 meters.

The son of Auguste and father of Bertrand, Jacques Piccart, continued the legacy of his father and in 1960 Jacques Piccard descended by the US Navy Lt. Don Walsh in the Mariana Trench up to 10,916 meters deep. Since then, no other human being has reached an extreme point.

Today, Bertrand Piccard is a Swiss balloonist that in addition to be about to become the first to circumnavigate the world in a solar plane, got in 1999 to complete the first ring to world balloon flight, beating the record of permanence in flight (19 days, 21 hours and 47 minutes).